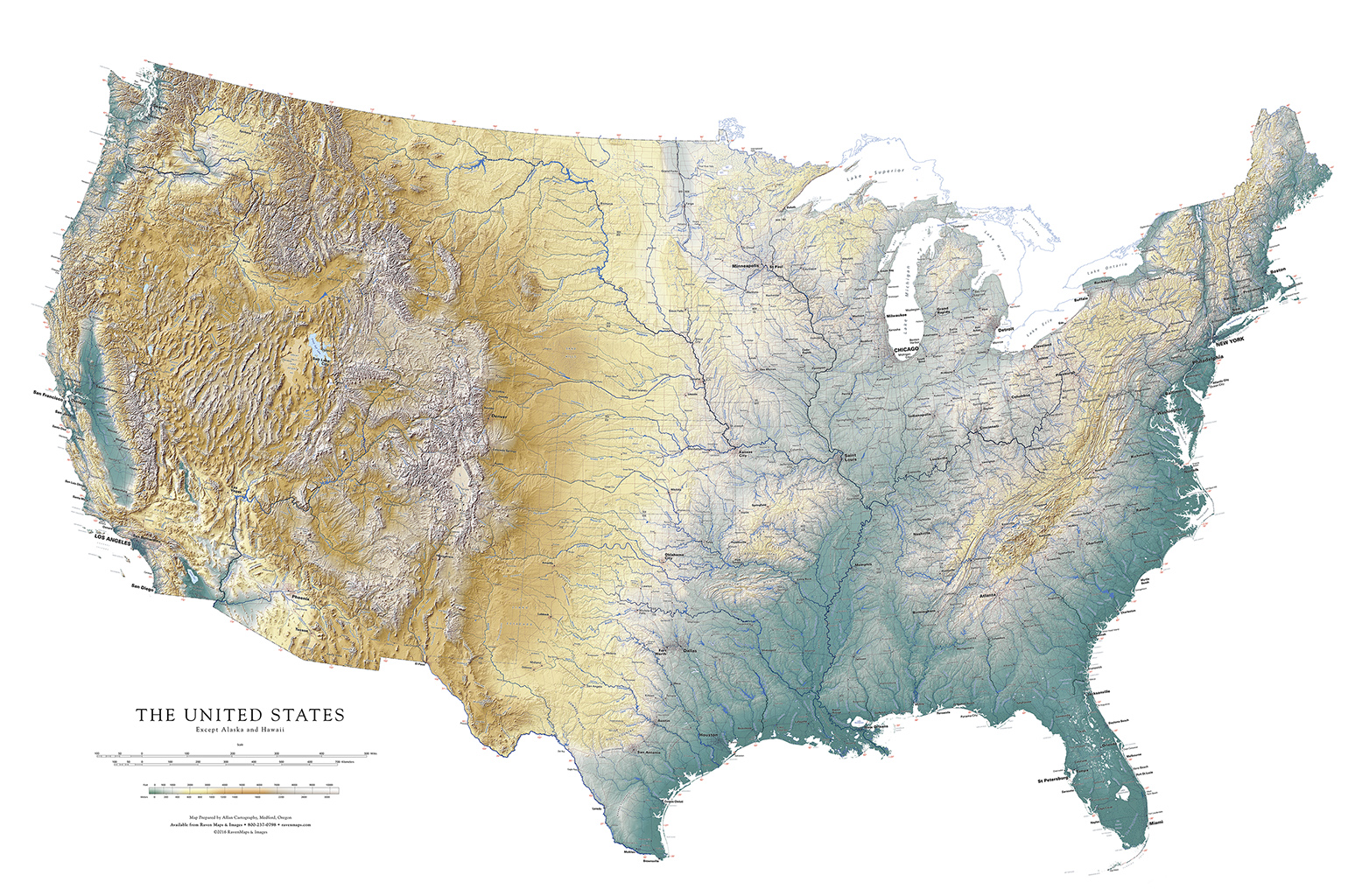 What Do the Colors Represent?

Most Raven Maps use a version of the conventional "color ramp" which arose in Europe over a century ago.  Low areas tend to be wet and green (in summer), and higher country often barren and brown.

The United States (except Alaska and Hawaii) - Elevation Tints

This scheme is entirely inappropriate for low elevation deserts, such as along the lower Colorado River, on in southern Australia, for example. So why do we continue using it?  Simply because, for most maps, it seems to work better than any of the alternatives we've found (and we've tried many).

The key point here is that these colors represent elevations, and nothing else. If you want a color scheme that is closer to the colors you actually see out in the real landscape, try the Raven Land Cover series (see below).

The United States (except Alaska and Hawaii) - Land Cover