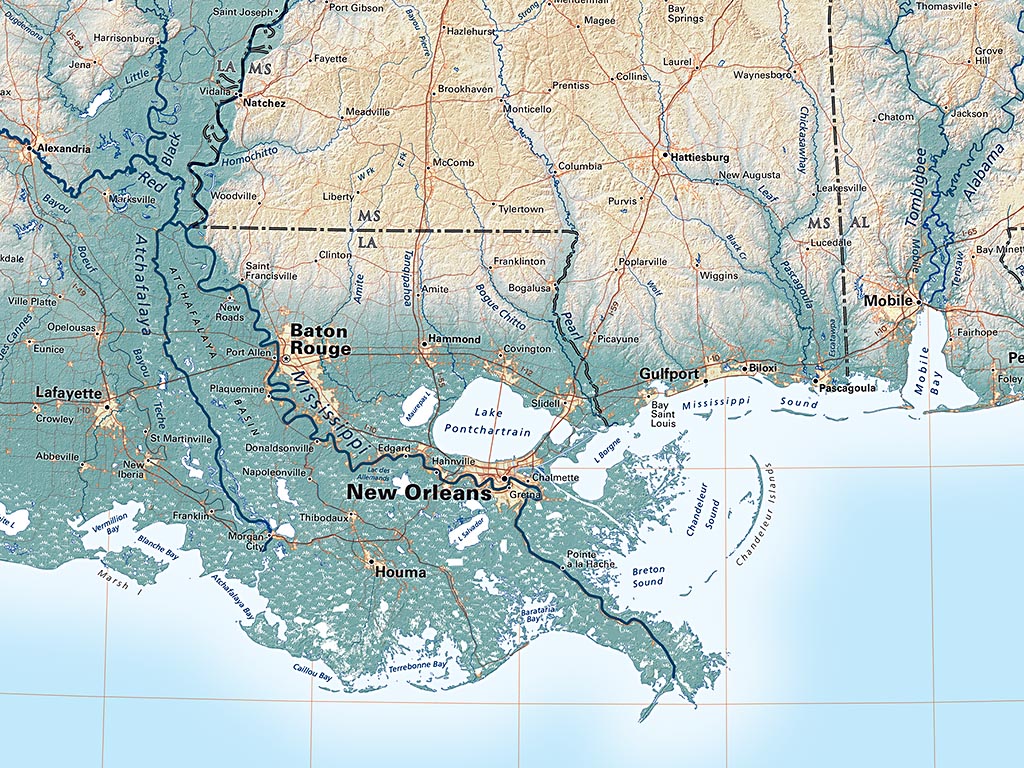 Geographic Drama Along the Mississippi Delta

On our Gulf Coast map, the Gulf and Florida coastlines make a sweeping arc, punctuated most notably by the delta of the Mississippi River. The Gulf country as a whole is so low that the coast itself does not show up distinctly on most elevation-based maps. Our map (see below) emphasizes the lowest 200 feet, revealing quite marked regional differences.

The western Gulf Coast is a broad, remarkably flat plain, typically descending about one foot per mile toward the Gulf. Narrow barrier islands protect large shallow bays along most of the Texas coast. Broad swamps predominate east of the Sabine River as far as Lake Pontchartrain.  Low hills mark the narrower eastern coastal plain and the margins of the great interior Mississippi Delta.

The interior Delta is only about 100 feet above sea level at the Arkansas border, almost 250 miles to the north. A lot of coastal delta is right at, or even below, sea level. Levees (both natural and engineered) maintain a precarious balance against hurricanes, sinking sediments, shifting sediment loads, and the river's natural tendency to revert to the Atchafalaya, a shorted (thus, steeper) distributary channel. The Gulf Coast is a great illustration of the geographic drama that flat land can offer.