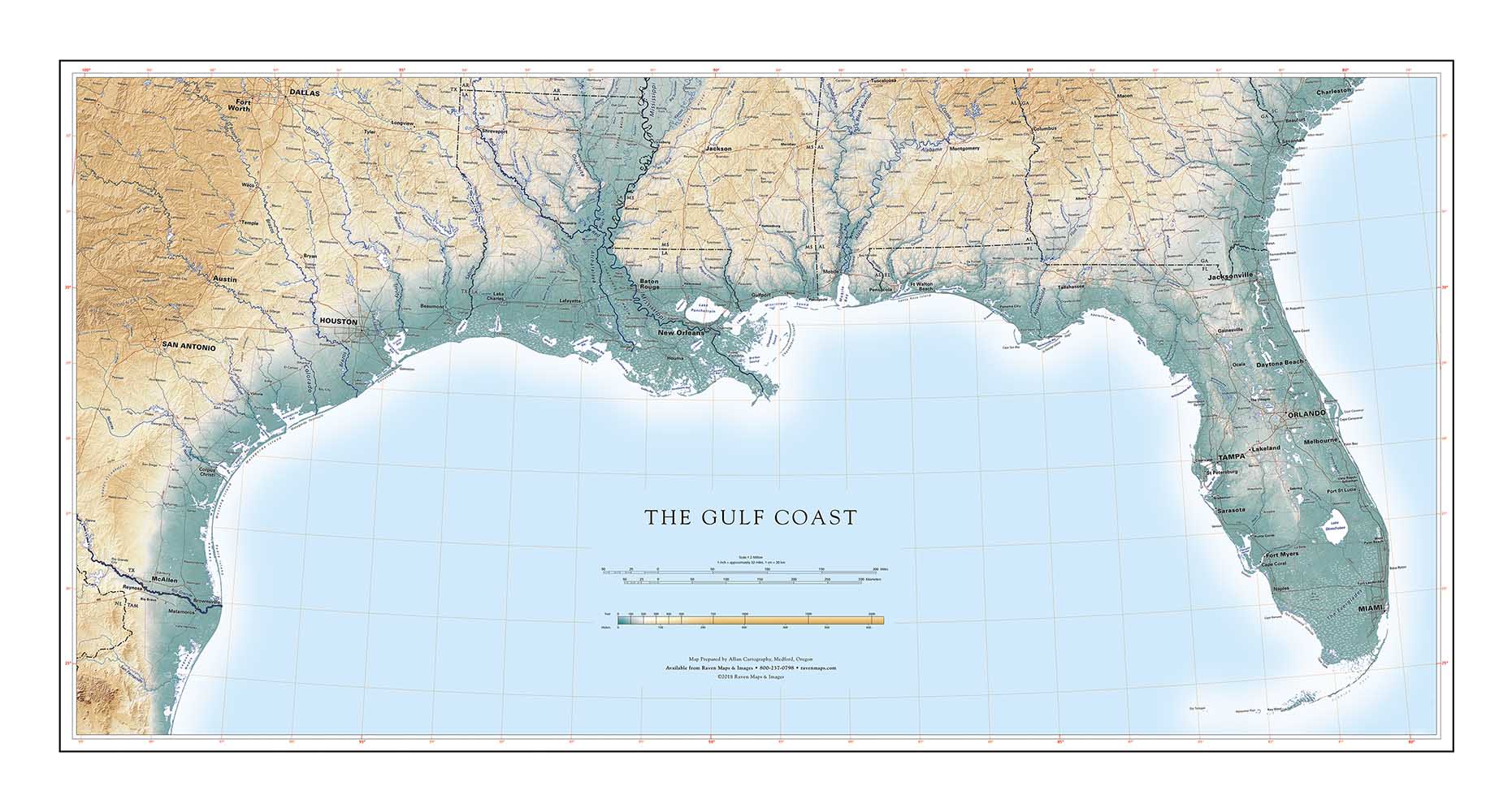 The United States portion of the Gulf Coast makes for an easily framed map, once you decide what to do about Florida. Florida's Atlantic Coast is not on the Gulf, but cropping it off looks awkward. Besides, the beautiful arcs of the Georgia and South Carolina coastline nicely balance the curving Texas coast. On the south, including the Dry Tortugas requires an image  that also takes in some of coastal Tamaulipas, Mexico. That's a part of the world most Americans seldom pay much attention to, but it shows how narrow the coastal plain is in those parts, and reminds us that geography doesn't end at the border.

The northern boundary is not so easily defined. How far from the Gulf can you go, and still be mapping the Gulf Coast?  Our first version of this map included most of the regional watershed, including the Ozarks and a good deal of the south Appalachians. That was interesting, but did not really center on the Gulf Coast. This version has a much tighter focus. Additionally, it uses an elevation color ramp specifically designed to show the very-low-but-not-flat Gulf coastal plain.

Detail of the lower portion of the Gulf Coast map

The Gulf Coast region is unavoidably shortchanged in elevation-tint maps of the United States, where the darkest green tint might be used for the lowest several hundred feet.  That doesn't work for the Florida peninsula, where limestone ridges one hundred feet above sea level represent a sharp change in the environment, nor for the gently grading hills bordering most of the Gulf. This map introduces light brown tints at around 500 feet. That's an odd treatment for the Texas Hill Country, but reveals detail throughout the Gulf region proper that we never saw before.

That's what Raven Maps are always trying to do.