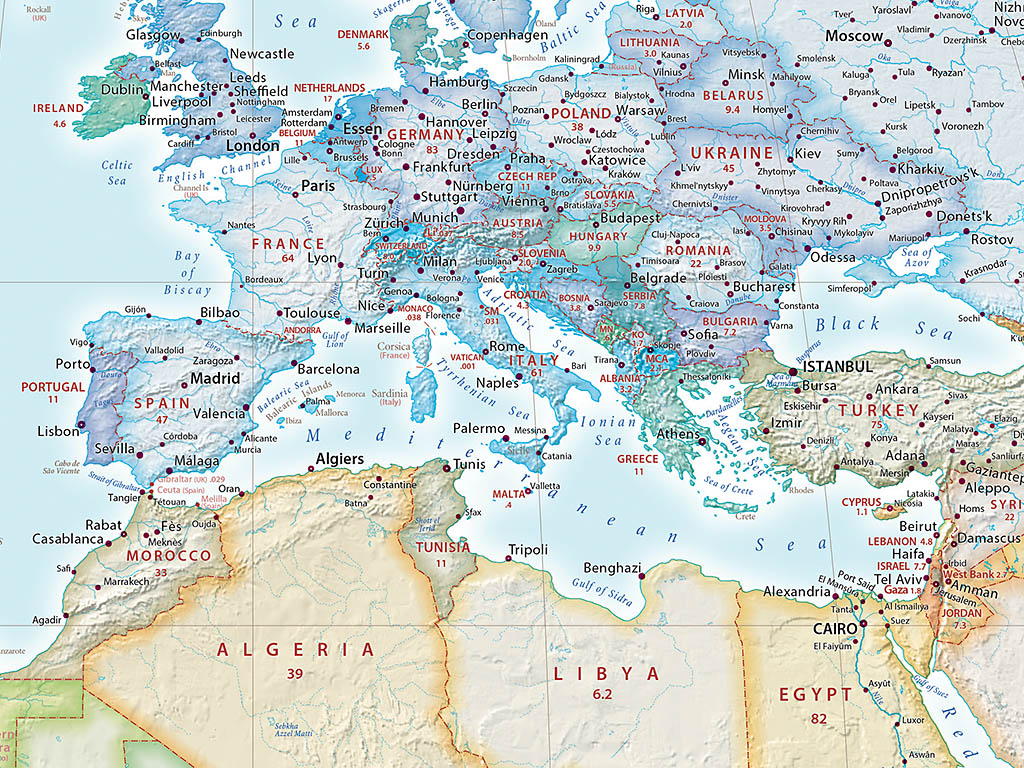 Can you find Ukraine on the map?

Can you find Ukraine on the map? The question  (or challenge) was in the news in early 2020, and it is in the news again this year. World geography used to be a central part of primary education, but it has fallen into hard times in the United States. And, to be fair to the people who have to devise curricula, it's hard to keep up. We live in a fast-growing world full of contested sovereignties,  new countries, and multiplying mega-cities. Ukraine? Google it!

That is a great way to check on individual facts. Not a great way to a broader understanding, though, nor to get an overall picture in your mind of the world's shapes. Ukraine? Sure, it's a country on the north side of the Black Sea. That's the kidney-bean shaped sea north of Turkey and the eastern Mediterranean, with the Crimean peninsula sticking out into it. Easy. Especially easy if you've been living with a Countries of the World map up on the wall.

There is, of course, infinitely more to learn about Ukraine than any map can tell you. But it's a great start - the big rivers, the major cities. The neighbors. (That's a fraught issue for Ukraine, because Russia seized the Crimea a few years ago. We show the Crimea as Russian territory, as a matter of practical reality and for multiple historical reasons, but that's a long story).

And Raven's Countries of the World Fine Art Print map (see above) goes a step farther than most, by including populations. Maps rarely do because those numbers are always changing. But print-on-demand makes frequent updates possible, and the additional information matters.

How does Ukraine compare to Russia? 43 million people to 145 million. Neighboring Belarus has fewer than 10 million, Moldova fewer than 4, and Turkey about 80. That's the neighborhood. You could look all those countries up, but it's easier to look at the map. We group countries by population size, and list them in descending order. Again, an easy way to get your bearings in a fast-changing world.