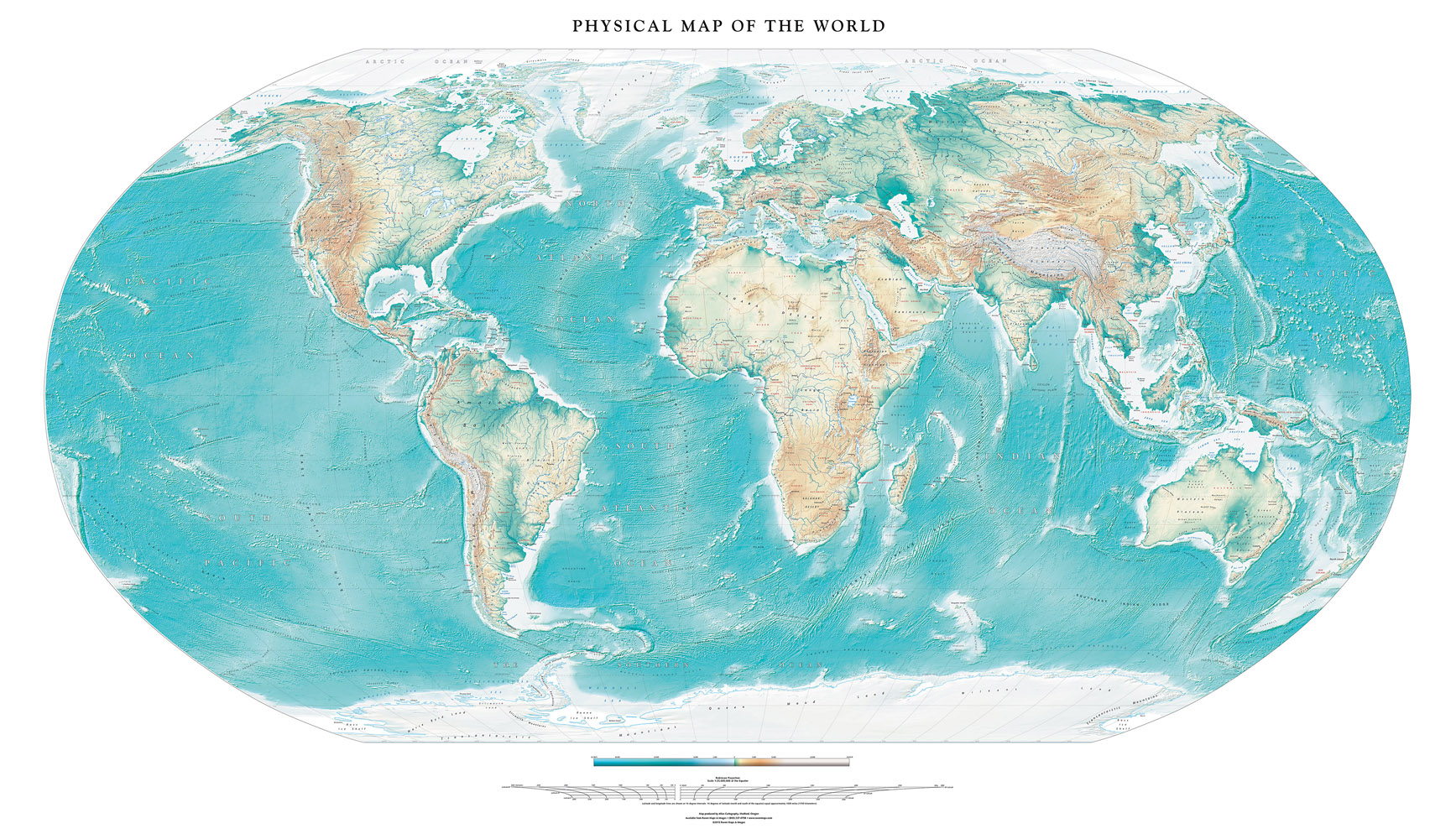 The earth's poles and equator are natural facts. So are the Tropics of Cancer and Capricorn; the division of circles and spheres into 360º is arbitrary but so old it has come to feel natural. But, degrees of longitude have no natural starting point. The European powers typically assigned the prime meridian to their own capital cities - German maps showed degrees east and west from Berlin, French maps from Paris, Russian maps from Moscow, and so on. 19th century British maritime and naval supremacy finally led to the international adoption in 1884 of the prime meridian at the British Naval Observatory at Greenwich. That puts 180° in the Pacific Ocean, for the most part. It also puts easternmost Siberia in the Western Hemisphere, makes Alaska at once the most northerly, easterly, and westerly state.

« Choice in Cartography
Cartography in the Age of Google Maps »